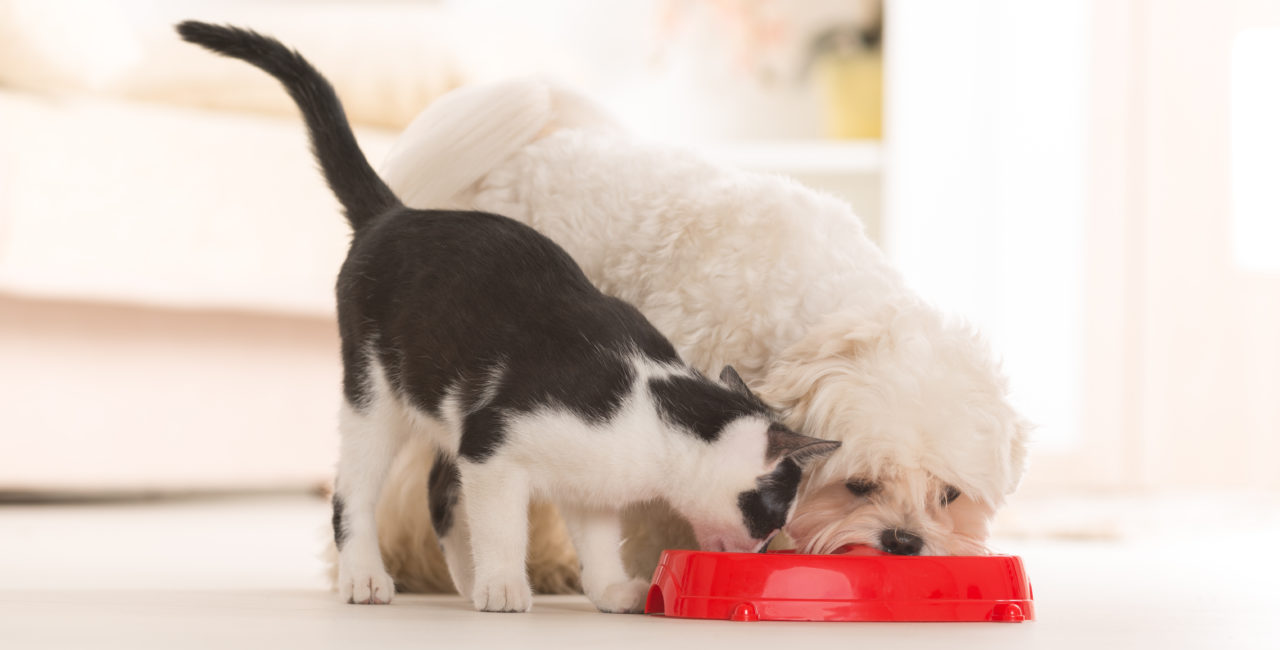 When I acquired a pet, it was a large commitment for the next several years on my own part and my new friends life. With a new pet comes the commitment of training, plenty of exercise, quality food, shelter, vaccinations, spay/neuter, annual physical exams, and not to forget medical care in case of disease, accident or injury.

Basically, pet insurance is there to protect my finances and my pet(s) in situations where I wouldn’t be able to cover the expenses myself. I didn’t always have pet insurance. As a matter of fact I didn’t know about it until a veterinarian told me when our dog T-Rex was a puppy. As with many people, we declined. Dogs are expensive enough!

When T-Rex was around two years old, I was starting to accumulate some pretty hefty vet bills from my other beloved pet Beebop. Beebop was getting old, losing fur, drinking like crazy, panting like crazy, getting into the refrigerator, and just plain acting much stranger than she ever had. After diagnostic testing, it was confirmed that Beebop had a disease called Cushing’s Disease. Now at this time, I was younger, never really had much money, and I decided to take her home and continue life as we had for the last 10 years. She died at the age of twelve. I think we did a pretty good job. However, knowing in my heart that her quality of life may have been improved significantly had I been able to afford to treat her with her medications, I felt really guilty when the time came to finally make the decision to euthanize her. Actually there was no decision. My parents were taking care of her while I was at tech school, because no one would rent an apartment to a girl with a dog. When I heard she was dying I jumped in my car, drove four hours and came home. By the time I arrived I’m not even sure she knew I was there. Tearfully I called my veterinarian, and they had me in within the hour. There was no decision making. She was ready to go. I was crushed.

A few weeks later, I went back to school. Recovering from my emotional loss, life was getting back to normal, except this time I broke the rules. I brought T-Rex back with me as I was never going to leave one of my dogs again. I thought about him, I thought about the vet bills. What if something were to happen to him? I didn’t want to feel the guilt of not being able to give my pets what they need. So I signed him up for pet insurance. Oh my God, it’s going to cost me about sixty bucks a month I thought…can I afford this? I didn’t know, but I did it anyways.

Best decision ever. Almost three months later to the day of signing up, T-Rex, who loved chasing frisbees and jumping as high as he could to catch it, sometimes doing some pretty amazing footwork…tore a cruciate. In layman terms, he tore his ligament in his knee, just like we see happen to athletes. Thank goodness for pet insurance was all I could think when I saw the estimate for $3500 from the orthopedic surgeon. Did I have the money to pay up front? Of course not! I borrowed the money from my parents (parents are awesome by the way) and within a few weeks I had a check sent to me covering 80% of the costs, so I was able to pay back most of my loan to my parents. Without pet insurance, no one would have lent me that money. I don’t know what would have happened.

Six months later, you won’t believe it, T-Rex tore his OTHER cruciate! This time, I was a little more prepared and not as nervous about the thought of surgery. So I phoned mom and dad again, “hey guys, I need to borrow another $3500”!

This dog has had almost ten thousand dollars worth of surgery. I paid ten percent of this cost. Now my insurance plan doesn’t cover regular vet visits, annual physical exams, or consultations from specialists, but hey, I didn’t have to spend ten thousand dollars I sure don’t have! So far in all of my years paying my monthly insurance premium and deductibles, I have spent in the range of $5000. Half of the cost of my dogs surgeries.

Some people don’t believe in pet insurance, which is fine. I suppose it’s a bit of a gamble. I could be one of those lucky people who have a happy healthy dog their entire life. But i’m not, as I already have another dog who I have also made several insurance claims for already!

I believe in pet insurance. I’m actually a huge fan. It has provided me with a tool that gives me peace. I know that no matter how tough things get in life, the price of my policy is about the price of a cell phone bill each month. In closing, I cancelled my fancy plan but I still have a phone and more importantly, I have two happy dogs!