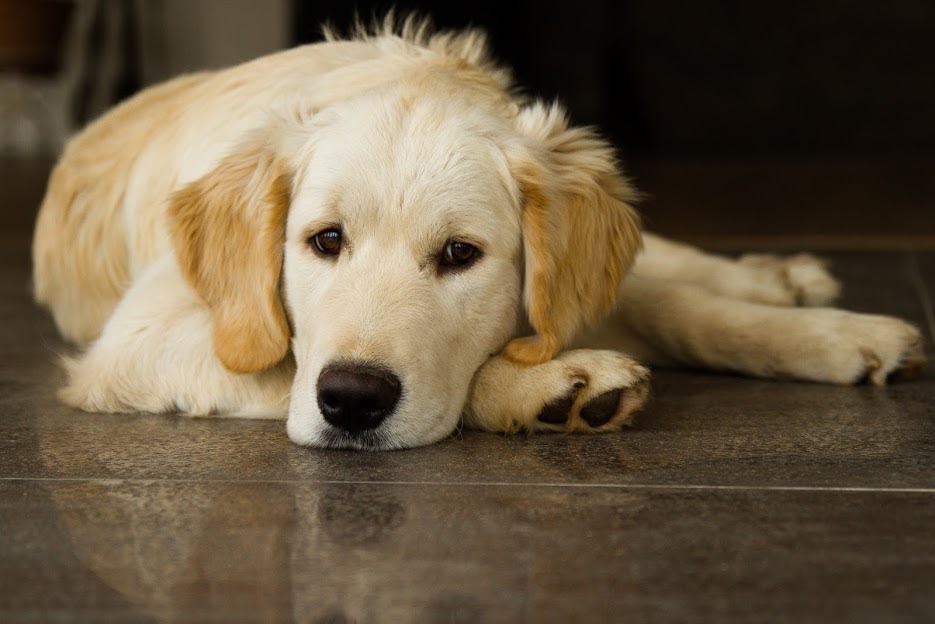 What is Pyometra and How Can it Harm My Pet?

As a veterinarian, there are certain diseases and conditions that I encounter more commonly than others. There is one condition in particular that I often see in older, intact female dogs/cats. This condition is called pyometra. This condition can be life-threatening to your pet and often quite expensive to treat. The good news is that this condition is 100% preventable. In order to better explain this condition and how to prevent it, I thought I would walk you through a hypothetical scenario.

Let’s say that you are the owner of an adult, intact female golden retriever named Daisy. You’ve owned Daisy since she was a puppy and up until this point, she has been your typical happy, healthy golden. When Daisy was a puppy, your veterinarian talked to you about having her spayed. At that time, you decided not to have her spayed since you were thinking of breeding her and getting a litter of adorable Golden puppies.

The years passed by and Daisy never was bred and didn’t have a litter of puppies. You kept thinking about having Daisy spayed but the timing was never right, and she was healthy otherwise, so you kept putting it off. Daisy routinely had normal heat cycles twice a year with no complications. Then one day, when Daisy was 7 years old, you noticed that Daisy was not acting like her normal self. Daisy seemed quiet, sleeping more than normal and not wanting to go on walks or play like she normally would. At the time, you didn’t think much of it, assuming that this was just part of Daisy getting old.

As the days passed, you noticed Daisy getting sicker. She was becoming less interested in her food, which was very abnormal for her, and always seems to be at the water bowl drinking. Daisy also seems to have a discharge coming from her vulva that was quite smelly. You thought the discharge unusual since Daisy just went through a normal heat cycle about a month before. You decide it is time to take Daisy to the vet, so you make an appointment for her for the next day.

Overnight, Daisy became quite lethargic, not wanting to even get up off her dog bed, and started vomiting. You are worried about how sick Daisy is becoming so you take her to the emergency clinic that night. The vet does some blood tests and x-rays and diagnoses Daisy with a condition called pyometra, an infection in her uterus. The vet explains that this is a serious and life-threatening condition. The vet explains that the best treatment for Daisy is to have emergency abdominal surgery to remove her uterus and that she will have to stay in the hospital for a couple of days. You are shocked but wants what is best for Daisy, so you agree to do the surgery. Several days later Daisy is discharged from the hospital, and she appears to be feeling much better. She has most of her usual energy and appetite back.  You ask the vet if there was anything you could have done to prevent this and they explain that spaying your dog is the only way to prevent pyometra and the large vet bill that comes with treating this condition.

[answer]The word pyometra is derived from Latin “pyo” meaning pus and “metra” meaning uterus. Therefore, it is a condition where the uterus becomes infected and filled with pus and bacteria. While all the factors involved in developing pyometra isn’t known. It is known that this is a condition that primarily affects older females. It is suspected that hormones play a role in the condition and since older dogs have gone through many heat cycles and hormonal changes their uterus is more susceptible to developing a pyometra.

There are two forms of pyometra: Open and Closed. An open pyometra occurs when the cervix remains open, allowing for some of the pus and bacteria to drain out of the uterus. A closed pyometra occurs when the cervix remains closed, so the pus remains in the uterus with nowhere to go. A closed pyometra can be more life threatening because the uterus is at a high risk to rupture, spreading bacteria throughout the abdomen.[/answer]

[answer]Typically, the animal is an older female that has a history of having been in heat within the last 12 weeks.

The most common clinical signs include one or more of the following:  increased drinking and urinating, loss of appetite, lethargy, vomiting,+/- smelly vulvar discharge (if the cervix is open).  However, pyometra can look different for every cat or dog so pyometra should be ruled out in any intact female cat/dog that is ill.[/answer]

[answer]The usual treatment for pyometra is surgical removal of the uterus and ovaries. Antibiotics are given at the time of surgery and may be continued after the procedure for several weeks. Pain relievers are often needed post-operatively. Following the surgery, it is usually recommended that your pet remains in the hospital for several days.

While pyometra surgery is the same procedure as a routine spay, there is nothing routine about it. The surgery can be quite challenging due to the enlarged, pus-filled uterus that can rupture during the procedure. The infected uterus also has larger blood vessels, so there is increased the risk of bleeding during the procedure. For these reasons, the pyometra spay can cost up to five to ten times more than a routine spay.[/answer]