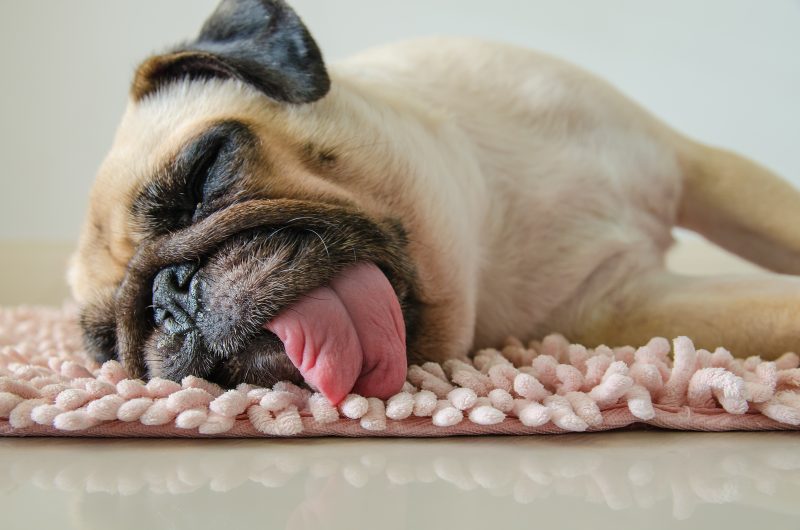 Why Won’t My Pet Eat?

This month’s blog is about your pet’s oral health not just because we were in the February focus for dental health but because of my own recent oral health problem.  You see, 2 weeks ago, I began feeling, terrible pain in my lower jaw.  I had no idea what it was, so I did what most of us do now a day, I googled my symptoms.

A large list of possibilities popped up on the net and TMJ (temporomandibular joint) pain seemed to be the most likely ailment.  The pain became so intense that I was on 400 mg Ibuprofen every 6 hours just to keep the pain manageable.  The next day I called a chiropractor booked an appointment for the next day.  After work on my drive home, I started to feel this strange feeling of pressure in my jaw and it almost felt like my back tooth was erupting out of my jaw.  Then, later that night at dinner, I bit into a homemade pita sandwich and nearly went through the roof with pain.  I couldn’t chew my sandwich, it was way too painful to eat.  It was slowly, dawning on me that my pain was not from TMJ but an abscessed tooth.  My first call the next morning was to my dentist, booked an emergency appointment for the next day and my second call was to cancel my chiropractor appointment. Self-diagnosing off the internet wasn’t a good idea after all.

So, I’m telling my story because so many pet owners just don’t realize the pain that their cats and dogs suffer if they have periodontal disease or abscess teeth with infection.  I often hear owners say “Oh he’s not in any pain, I’d know if he was in pain.” But they have just explained that he won’t eat his kibble anymore, so they try to feed him canned now.  I personally know why he won’t eat kibble anymore…because it hurts to chew the kibble!!

I really cannot stress enough that if your dog’s mouth smells and looks bad they are in pain.  Animals are so stoic they hide their pain well, maybe due to their survival instincts. You know, if you look like your easy prey then you are easy prey in the animal kingdom.