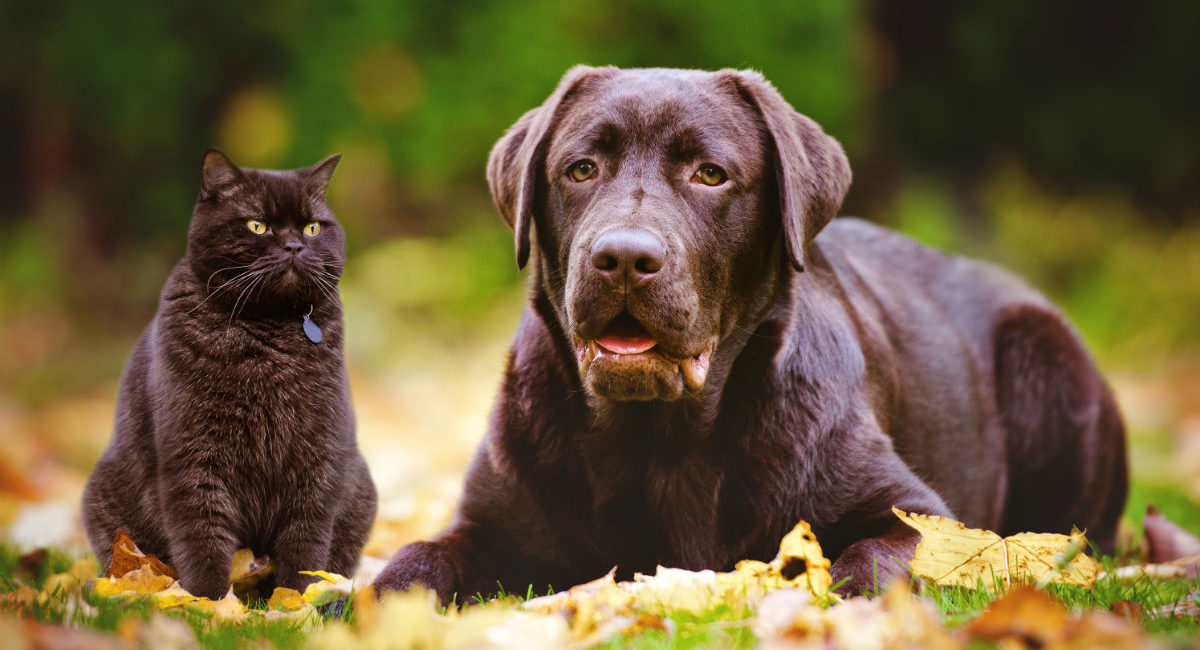 In the 1980’s summer blockbuster GhostBusters, Bill Murray’s character describes the end of the world, exclaiming, “Cats and dogs living together – mass hysteria!” Even growing up as a kid, my mother often referred to my siblings and me as fighting like cats and dogs. It might lead one less-informed to believe that the two are often a bad mix and something to be avoided. I would strongly disagree!

While cats are not small dogs, neither are dogs large cats. The two species are greatly different, but can often find some common ground to coexist very well. While your average cat is aloof and calling for attention on their terms, I often hear stories in the exam room of cats readily greeting clients when they return from work and are a constant part of the normal goings on in the household. In my own case, my Siamese would follow me around whenever I was home and would be in the act of jumping in my lap, as I was in the act of trying to sit down. As for the cat-dog relationship, the cat tormented my Jack Russell relentlessly – all in good fun. She would hide behind corners and do guerrilla tactics on his stub tail, walk on the bed covers, as he was trying to burrow in for the night and steal his food from the dish. A short chase would almost always ensue with the cat bounding away with a gleeful look on her furry visage. The Jack Russell tried to ignore the cat, but that didn’t work. Over the years, it was a sibling relationship like any other with moments of true anger but most just hidden smiles. The two of them kept each other company very well.

As discussed in a previous blog about introducing a new cat to the household, the introduction of a dog to the cat realm or vice versa is best done systematically. However, in my experience most cats just need time to adjust and overall are very adaptable. We have sheltered some cats at the clinic for various reasons in the past. As most cat owners would agree, the veterinary clinic is hardly on any cat’s bucket list of places to hang out. Such was the case we observed initially, however, in a short (couple weeks) period of time, the cats easily found the clinic to be a place to mark as their own. Maybe hard to imagine, but I think it is a statement of how adaptable the cat can be given the time to adjust. Now there will always be exceptions, and thus the reason for the systematic approach. It is essential to allow the relationship to build while keeping all safe.

Like cats and dogs, owners in a relationship are often pegged as cat or dog people. Perhaps with a little exposure, some patience, and genuine caring, cat people and dog people can each have their own preference under the same roof. Providing each the chance to experience a new side of the relationship, and proving that cats and dogs living together is not the end of the world!

*Our clinic is open on Friday only for food and medication pick-ups, and our lines are not open for calls.